Microsoft is giving students a free Xbox One with Surface Pro 4 purchases by Tom Warren
Wednesday June 29th, 2016 at 10:49 AM 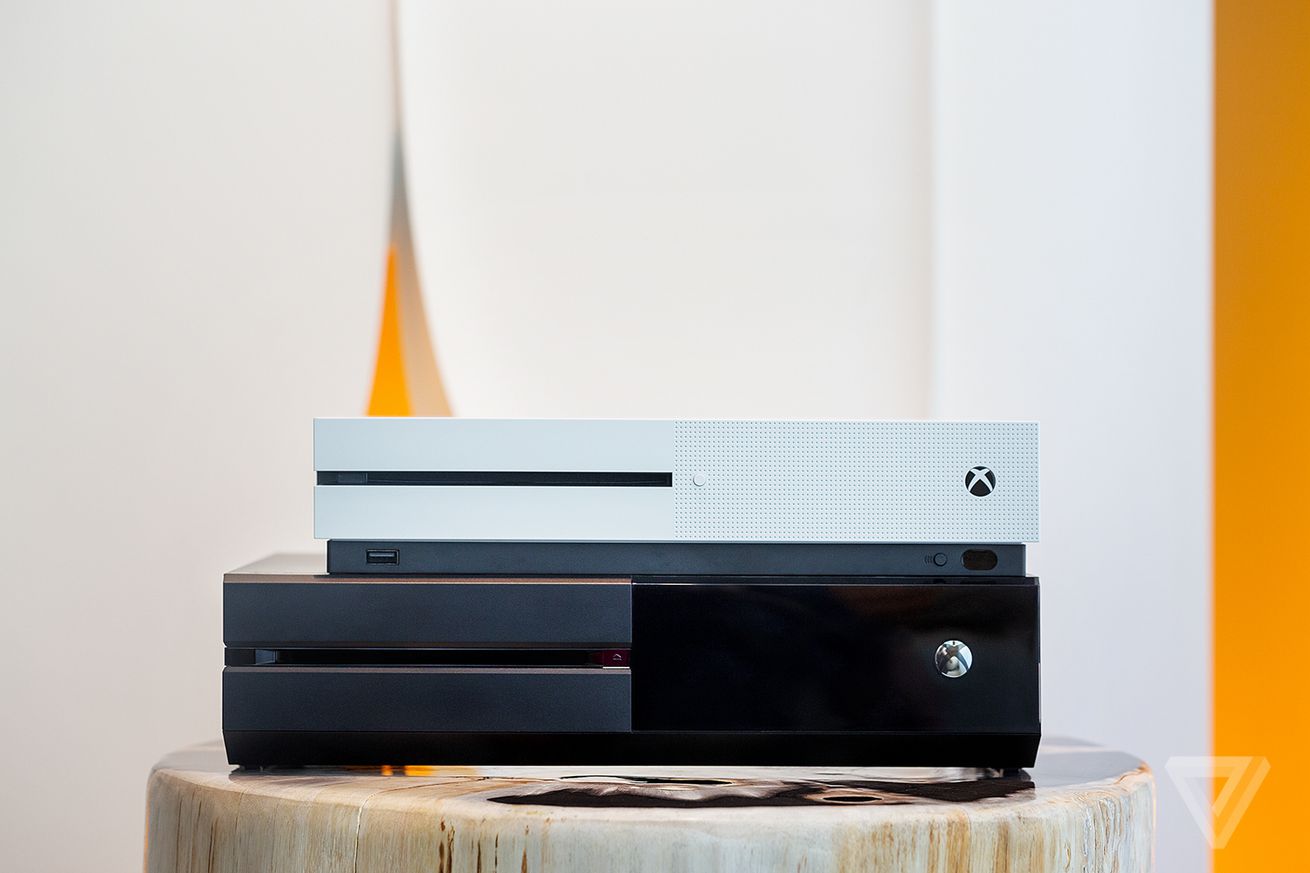 Microsoft is tempting students to buy a Surface Pro 4 this week with a new promotion running at its retail stores in the US. The software maker is taking $300 off when students buy a Surface Pro 4 and Xbox One. "So basically a free Xbox One with the purchase of a Surface Pro 4," says Terry Myerson, head of Windows and devices at Microsoft, in an interview with The Verge. The deal goes live today and will run until August 14th.

The timing of Microsoft's deal comes just a week after the company revealed it's ending production of its Surface 3 devices by the end of the year. Microsoft originally aimed the Surface 3 at students looking for a cheaper version of its popular Surface Pro devices, and it's not clear whether a successor will ever... 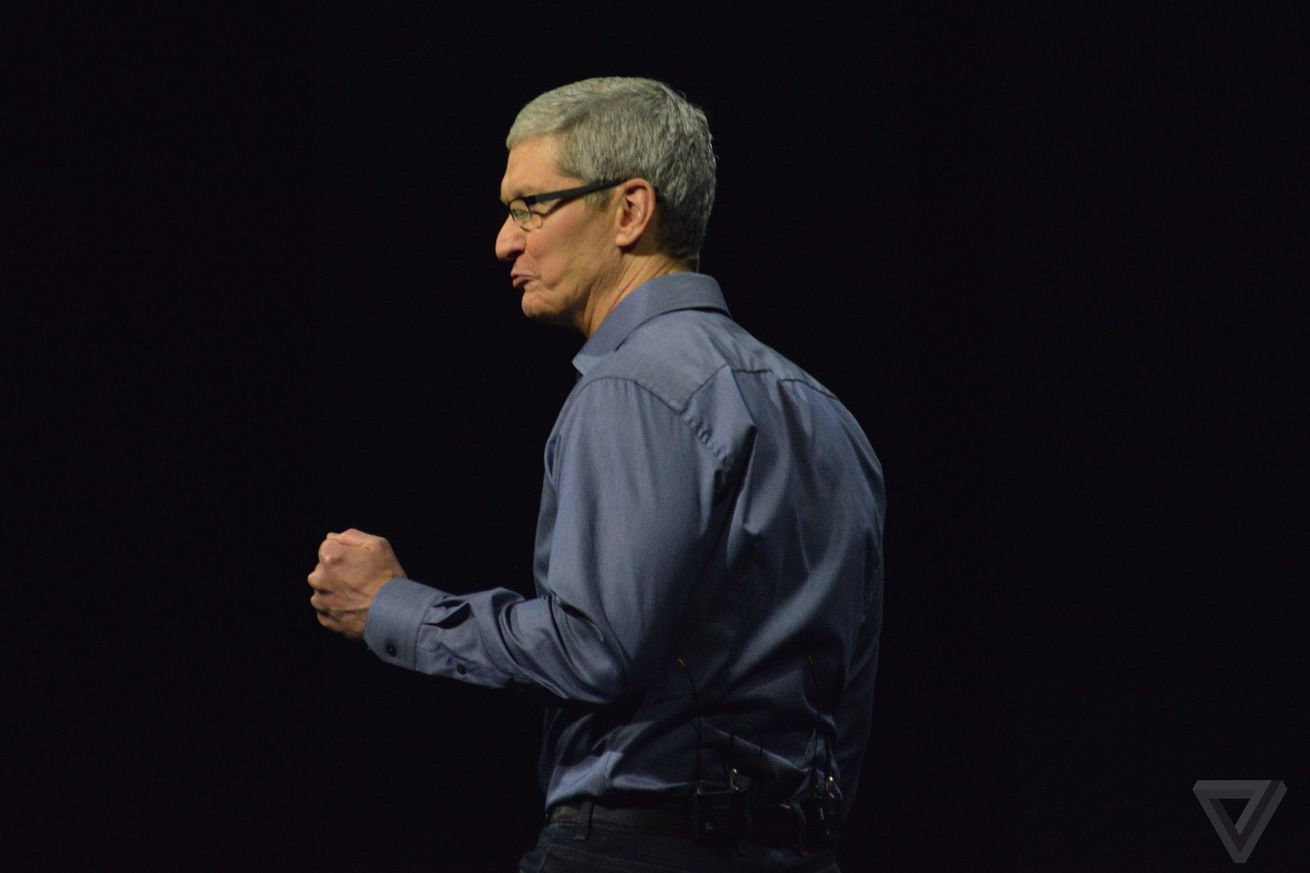 After 13 years of record-breaking revenue growth, Apple finally fell back to Earth this year. iPhone sales slumped, and the company's revenue fell 13 percent compared with the same period last year. As the warning signs emerged about this slowdown, the stock fell about 30 percent over the last year.

Tonight Apple CEO Tim Cook, who rarely makes appearances in the press, will appear on CNBC's Mad Money to chat with host Jim Cramer about "Apple’s future in China, Cook’s outlook on innovation, what’s next for iPhone, the Apple Watch, growth of Apple services and whether there are any potential acquisitions coming, among others." It's a list of topics that all speak to the company's ability to find fresh growth, and Cook will no doubt have...

Google's Datacenters on Punch Cards by xkcd (whatif@xkcd.com)
Tuesday September 17th, 2013 at 6:32 AM

If all digital data were stored on punch cards, how big would Google's data warehouse be?

Google almost certainly has more data storage capacity than any other organization on Earth.

Google is very secretive about its operations, so it's hard to say for sure. There are only a handful of organizations who might plausibly have more storage capacity or a larger server infrastructure. Here's my short list of the top contenders:

We'll start by following the money. Google's aggregate capital expenditures–spending on building stuff [2]I'm excluding the cost of an extremely expensive building they bought in New York. —adds up to somewhere over $12 billion dollars.[3]Data Center Knowledge: Google’s Data Center Building Boom Continues: $1.6 Billion Investment in 3 Months Their biggest data centers cost half a billion to a billion dollars, so they can't have more than 20 or so of those.

On their website,[4]Data center locations Google acknowledges that they have datacenters in the following locations:

In addition, they appear to operate a number of other large datacenters (sometimes through subsidiary corporations), including:

They also operate equipment at dozens to hundreds of smaller locations around the world.

To figure out how many servers Google is running, we can look at their electricity consumption. Unfortunately, we can't just sneak up to a datacenter and read the meter.[5]Actually, wait, can we? Somebody should try that. Instead, we have to do some digging.

We know that their datacenters are quite efficient, only spending 10-20% of their power on cooling and other overhead.[7]Google: Efficiency: How we do it To get an idea of how much power each server uses, we can look at their "container data center" concept from 2005. It's not clear whether they actually use these containers in practice—it may just have been a now-outdated experiment—but it gives an idea of what they consider(ed) reasonable power consumption. The answer: 215 watts per server.

Judging from that number, in 2010, they were operating around a million servers.

They've grown a lot since then. By the end of 2013, the total amount of money they've pumped into their datacenters will be three or four times what it was as of 2010. They've contracted to buy over three hundred megawatts of power at just three sites,[8]Google: Purchasing clean energy which is more than they used for all their operations in 2010.

Based on datacenter power usage and spending estimates, my guess would be that Google is currently running—or will soon be running—between 1.8 and 2.4 million servers.

But what do these "servers" actually represent? Google could be experimenting in all kinds of wild ways, running boards with 100 cores or 100 attached disks. If we assume that each server has a couple[9]Anywhere from 2 to 5 of 2 TB disks attached, we come up with close to 10 exabytes [10]As a refresher, the order is: kilo, mega, giga, tera, peta, exa, zetta, yotta. An exabyte is a million terabytes. of active storage attached to running clusters.

The commercial hard disk industry ships about 8 exabytes worth of drives annually. [12] IDC: Worldwide External Disk Storage Systems Factory Revenue Declines for the Second Consecutive Quarter Those numbers don't necessarilly include companies like Google, but in any case, it seems likely that Google is a large piece of the global hard drive market.

To make things worse, given the huge number of drives they manage, Google has a hard drive die every few minutes.[11]Eduardo Pinheiro, Wolf-Dietrich Weber and Luiz Andre Barroso, [Failure Trends in a Large Disk Drive Population This isn't actually all that expensive a problem, in the grand scheme of things—they just get good at replacing drives—but it's weird to think that when a Googler runs a piece of code, they know that by the time it finishes executing, one of the machines it was running on will probably have suffered a drive failure.

Of course, that only covers storage attached to running servers. What about "cold" storage? Who knows how much data Google—or anyone else—has stored in basement archives?

In a 2011 phone interview with Paul Mah of SMB Tech, Simon Anderson of Tandberg Data let slip [13] SMB Tech: Is Tape Still Relevant for SMBs? that Google is the world's biggest single consumer of magnetic tape cartridges, purchasing 200,000 per year. Assuming they've stepped up their purchasing since then as they've expanded, this could add up to another few exabytes of tape archives.

Putting it all together

A punch card can hold about 80 characters, and a box of cards holds 2000 cards: 15 exabytes of punch cards would be enough to cover my home region, New England, to a depth of about 4.5 kilometers. That's three times deeper than the ice sheets that covered the region during the last advance of the glaciers:

However, it's nothing compared to the ridiculous claims by some news reports about the NSA datacenter in Utah.

The NSA is building a datacenter in Utah. Media reports claimed that it could hold up to a yottabyte of data, [14] CNET: NSA to store yottabytes in Utah data centre which is patently absurd.

Later reports changed their minds, suggesting that the facility could only hold on the order of 3-12 exabytes. [15] Forbes: Blueprints Of NSA's Ridiculously Expensive Data Center In Utah Suggest It Holds Less Info Than Thought We also know the facility uses about 65 megawatts of power, [16] Salt-Lake City Tribune: NSA Bluffdale Center won’t gobble up Utah’s power supply which is about what a large Google datacenter consumes.

A few headlines, rather than going with one estimate or the other, announced that the facility could hold "between an exabyte and a yottabyte" of data [17] Dailykos: Utah Data Center stores data between 1 exabyte and 1 yottabyte ... which is a little like saying "eyewitnesses report that the snake was between 1 millimeter and 1 kilometer long."

There are a lot of tricks for digging up information about Google's operations. Ironically, many of them involve using Google itself—from Googling for job postings in strange cities to using image search to find leaked cell camera photos of datacenter visits.

However, the best trick for locating secret Google facilities might be the one revealed by ex-Googler talentlessclown on reddit: [18] reddit: Can r/Australia help find Google's Sydney data center? Seems like a bit of a mystery...

There's something pleasing about that. Google has created what might be the most sophisticated information-gathering apparatus in the history of the Earth ... and the only people with information about them are the pizza delivery drivers.

Who watches the watchers?

http://what-if.xkcd.com/63/ Utah Data Center stores data between 1 exabyte and 1 yottabyte ... which is a little like saying "eyewitnesses report that the snake was between 1 millimeter and 1 kilometer long."
North of Boston

chrisamico
reply
There's a surprising amount of investigative work in this one.
Boston, MA

So, essentially, you find Google the same way you find Torchwood?
CT USA

chusk3
reply
Hah! I know the guy that asked this one!
Austin, Texas

Happiness is a perfectly planned week on the road that gets thrown out of the window, leaving one homebound with two bonus days in the office
Read the whole story